It all happened when we were on the rifle range. Someone took a set of my ear plugs and I reported it. Siganik had everyone beside me holding rifles on fingertips until the culprit surfaced and they were all suffering pretty badly. A recruit named told me he had an extra set of ear plugs and to tell Siganik I found them on the floor. Out of feeling bad for the platoon’s sweat and pain I did just that and Siganik didn’t take kindly to the fact that I found them on the floor with no one to blame! He came from behind his desk and hit me with a horizontal butt stroke that dislocated my mandible. I spit blood and stayed at attention looking at him to see if another blow was coming!

I waited to see if another blow was coming and felt the blood filling up in my mouth. Nothing came instead he said, “Come on and swing and give me a reason to kill your ass”! I responded with the Marine Corps “Sir no sir” and spit a mouthful of blood from my mouth over my left shoulder and remained at attention until dismissed. When the Senior drill instructor returned to his shift he called me into his office and tried to persuade me to sweep the occurrence under the rug. He hinted that if I kept silent about it that I had honor man status pretty well in the bag. He further went on to say that if I brought Siganik up on charges that it would follow me wherever I went, and that life in the Marine Corps and beyond would be not so good for me. 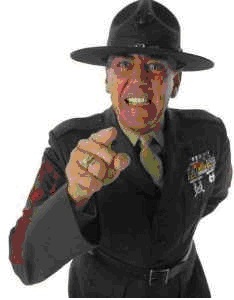 I was an emotionally charged 17 year old boy in a world that was dishing out reality checks too fast for my mind to handle. It hadn’t even been a whole 24 hours since my incident with Siganik that he came into the squad bay and assaulted two more recruits. The thing that made his assaults stand out from the norm of the day was his level of brutality and the fact that all of his targets where black guys. Some of them where pretty big guys too most everyone was bigger in stature than he was anyway. He not only portrayed a “Small Man’s Complex” he exhibited racial bias without a second thought.

When the Doctor at sick bay called me back in for treatment I told the story just as it happened. I didn’t care about being graduated with honors at this point all I could really think about was revenge and making Siganik realize that he could also be dealt with by others and held responsible for his actions. 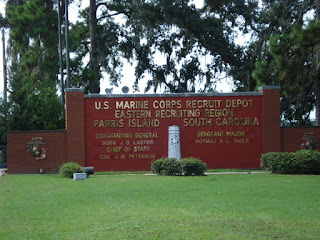 Graduation day was fast approaching and Siganik was relieved of duty awaiting a Summary Courts Martial. When MOS (job classifications) came out I was expecting the Marine Corps to honor their commitment to put me in aviation as guaranteed in the enlistment contract. Instead the contract was done away with and I was given an 0300 classification which is basic infantry (a grunt)! I wasn’t the only one of the recruits who got shafted there were many others as well.

Graduation came and went and we all got our 10 day leave for home before returning to duty for infantry training. I was ordered to MCB Camp Pendleton for I.T.S. () and reported two days late. To tell the truth I really didn’t want to go at all, but I was persuaded by my parents to do the “RIGHT THING”. My time in the Marine Corps was rattled with UA’s, drugs, and fights. I pretty much lived in legal platoons with other socially removed cases like myself although there were degrees of variance in the non-conformist types I nevertheless fit the mold. I had tried every company in the battalion and left everyone of them before graduation. There were still evacuation missions going on and two guys in a graduating company before my 1st one didn’t make it back. It took all but two weeks for their lives to be ended. I started seeing this in a very different light. Once again reality set in deeper than I could have imagined and even more than I understood at the time. At this point all I wanted was OUT! 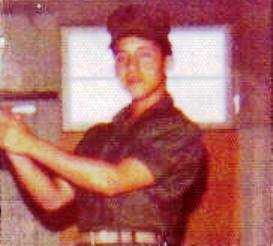 Next time: Traveling with hippies and soul searching with drugs and sex.
Posted by Unknown at 7:30 AM