When Uncle Charlie lived with us I developed some pretty bad habits. I learned that doing all the wrong things made me cool in the eyes of all the wrong people I thought I needed to impress. I don't put the blame for my actions on my uncle, after all he had a really rough childhood probably much worse that his other 8 siblings including my dad.

You see my dad's Mom (Alice Moss/Bowers) died when my dad was just 13 or so and uncle Charlie being the 3rd youngest could not have been more that about 4 years old when my dad's whole family was separated and placed into foster homes after the death  of their mom (my paternal grandmother). So yeah, he had it pretty rough and although I know allot about things that happened to them I can't and won't speak on it.

Needless to say I looked up to my uncle Charlie and was very proud of the many gifts he had. It just so happens one of them was being able to talk the skin off of an orange or anything else for that matter and I had developed some of those traits at an early age. From around age 12 to 15 I was always in and out of juvenile corrections and detention centers primarily because I was car happy and would take a joy ride in someone else's car lickity split.  This resulted in me ending up at F.S.B. at the age of 13. It was a very disciplinary institution and if you toed the line you got along pretty well. I used to wash my cottage parent (Mr. Coverse's) Black Mercury Cougar at least once a week. I had two separate stays at F.S.B. in Highland Cottage. After my bouts with he juvenile authorities and spending time away from home at for Boys (F.S.B.) I finally returned home to stay, so I thought! 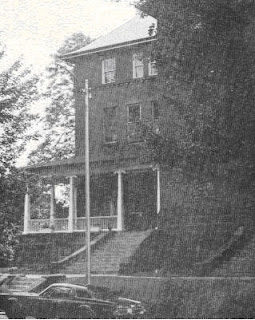 Both times around I eventually was stair-guard monitor and played with the Bell Choir and sometimes went off campus with the group and Mr. Hearnst or director to do presentations. Only Highland Cottage had the Bell Choir. 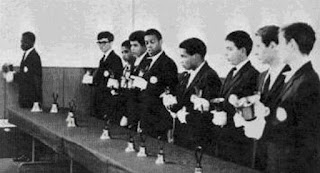 Back at home I had a girlfriend that had been in the picture ever since I was 11 years old. She was a cousin to some of my neighboring childhood friends the family. Her name was and all the kids called her grandma because she was a little fussy and bossy. She was 2 years older than I was and I would see her whenever she came from the North to the Westside to visit the ’s. (Her cousins)

Needless to say when I finally got through with the juvenile crisis I was nearly 16 and shortly after my 16th birthday we moved into an apartment on the East side of in the heart of all street activity. I lived right on the corner of Linwood and which in the day was an area known for drugs and prostitution. As I mentioned earlier I had friends named Bobby Shelby and Daniel Ragland who were also band members, but with these two there was always something brewing. Dan loved to smoke “pot” and watch the seeds pop! Bobby was a womanizer and loved to chase the skirts. I was somewhere in the middle I guess, but I had Sharon (Grandma) looking over my shoulder watching my every move.

She ended up getting pregnant by the time I turned 17 years old and I would drive and take buses to on the Westside I was still in high school.  One morning at about 7:30 there was a knock at the door of the apartment and it was Bobby all full of energy and ready to roll! He said, “Hey man this guy let me use his car until he gets off work and I thought we might take care of a little business while we have it”! I asked if the car was stolen and he said “No” and that he’d even take me to meet this guy on his job.  I got my coat and off we went to the Westside cruising in a metallic blue Barracuda with dual Thrush mufflers sounding off.

When we got to the guys job he came out and said “Yeah it’s my car”, and that he wanted us to be back by 4:00 P.M. when he got off work. So off we went to good old West High! Bobby asked me if I wanted to drive and I said “Yeah, why not”. So I got behind the wheel and we were circling the block at West High looking parking space when one of the mufflers came loose and was dragging the ground. A policeman noticed it and pulled us over. He asked for my license and I gave them to him then he went back to do the routine check. He came back and told us the car was stolen and placed us under arrest!

We took the police to where the guy worked at J. Ashburn Youth Center and the old women that he worked with covered for him by saying he did not work there. So Bobby and I got left with the ticket and the ticket was Auto Theft. On the way to lockup Bobby and I had a few choice words.

When we finally made it to Court we were given a choice of either Jail time as adults or enlistment into the U.S.M.C. It was December 1971 and we would be leaving for on April 13, 1972. I thought I had made the right choice, besides the Marines were respected for being top of the line braves, and now I’d get to rise up through the ranks and make my mark. Bobby had similar notions, but all he seemed to talk about was how many different types of women he was going to boink  along the way!

One night not long after our car incident Bobby, Daniel and I were out on the O.S.U. Campus partying when this guy comes up and asked us “You guys do acid man”? Being the big men and hipsters we thought we were we all said stuff like “yeah who doesn’t”, or “All the time”! We knew full well we had never experienced LSD, but what the heck tonight we were going to give it a try! The guy shows us these little orange pills no bigger than a BB and Daniel starts to laugh saying, “You’ve got to be kidding what are these supposed to do”! So he takes one and pops it in his mouth and now the other guy was doing the laughing saying, “You’ll see man you’ll see”!

So then we all three took one and went into the BBF to drink pop and listen to the juke box. So were sitting there listening to Led Zeppelin “Black Dog” when all of a sudden Daniel rushes back from the restroom pointing at his tongue saying “Orange spots, Orange spots man”! So I said, “Chill out man be cool or we’ll all freak out”! Bobby was sitting across from me with the silliest looking grin on his face I’d ever seen!

Anyway these two girls walk up one was name Jill Edwards and the other was her cousin or friend or something. I remember Jill and that’s another story. Anyway we’re all sitting there getting acquainted when all of a sudden I’m looking at Jill and her face starts moving in weird ways! Daniel is cracking up laughing and Bobby still has this idiotic grin pasted on his face! So I’m trying to be serious and calm and I get up and start walking through the BBF corridors and bopping to the sounds coming off the juke box and look back and notice that almost everyone in the joint is following me in line bopping to the groove and tripping hard too! So I get to the door and break for it and here comes Daniel and Bobby right behind me. Then Jill comes running down the street and puts her hand in my pocket and kisses me in the mouth, turns around and runs back into the BBF!

The snow on the ground is showing names written in it of everyone who’s ever lived and yet to come, Daniel is saying “Da, la, la, la….” And Bobby is still grinning that sinister grin! Up comes a bus looking like slow motion and the doors open so we get on. We went all the way to the back of the bus and each took separate seats near each other when all of a sudden this chick takes out a comb and rakes it through her hair! Man that hair started crawling all over the bus and was changing colors, now I knew I was gone!

We all made it home and made weird phone calls throughout the night because none of us could sleep. It felt like this trip was never going to end and I remember thinking to myself that this is what hell must be like. Bobby and Daniel ended up in the hospital together because their parents didn’t know what was wrong with them. My mom on the other hand chose to pray over me and quote scripture and that took me somewhere I don’t think anyone would want to experience!

One day in late March Bobby wanted to go back on the campus to party but Daniel and I had enough of that and we were still in awe from the acid experience so we chose not to go. Well Bobby got into some trouble messing around in the girls dormitory at O.S.U. and got an attempted rape case that landed him in prison for 3 years. I went into the Marine Corps on April 13, 1972 as scheduled.

I arrived at and was assigned to 3rd Battalion Platoon 342. , sergeant Siganik, and some other guy were our original drill instructors for the platoon. The Marine Corps was allot like what I experienced at for Boys back in 1969 and 70 with the exception of PT and rifle range. Everything else was spit and polish and the discipline was about the same as well until I had an encounter with Sgt. Siganik that would result in his Courts Martial.

It all happened when we were on the rifle range. Someone took a set of my ear plugs and I reported it. Siganik had everyone beside me holding rifles on fingertips until the culprit surfaced and they were all suffering pretty badly. A recruit named Pvt. Battle told me he had an extra set and to tell Siganik I found them on the floor. Out of feeling for the platoon’s sweat and pain I did just that and Siganik didn’t take kindly to the fact that I found them on the floor with no one to blame! He came from behind his desk and hit me with a horizontal butt stroke that dislocated my mandible. I spit blood and stayed at attention looking at him to see if another blow was coming! Nothing but embarrassment, but it wasn't over yet..! 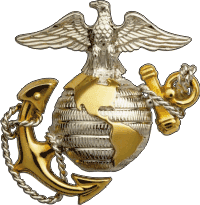