2. The Return To America

We left in December of 1962 just after Christmas. All of the Christmas decorations were up in the village and in the village square. My father got the news of the transfer just days before Christmas so Madam and her family were taken by surprise. They had come to regard me as their own and rightfully so from their perspective. I basically lived with Madam Lebudec, and Annie Claude was like a sister to me. When they got the news we were leaving for the States Madam was devastated. Crying and sobbing she asked my mother if I could stay with them in . Needless to say my mom couldn’t do that and told her that she would make sure I wrote often and that Annie Claude could come to the states to visit from time to time, also that there could be provisions made for the whole family to come on visits. That didn't happen.

We got back to the in late1962 just before the New Year and were picked up at port by my mom’s dad (my grandfather) who I will always know as and refer to as Poppy! He took us to his house on the Hilltop in where we would stay until my father received his orders to report to his new duty station in Rantoul . Which by the way is the exact house I'm writing this biography from now in 2016. My office/studio now occupies the room my Mom and 2 Aunts shared as little girls and young ladies. 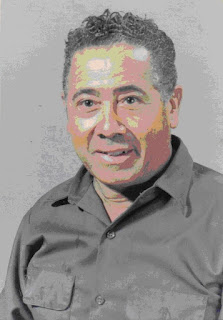 Aside from myself my mother and father had 3 other children I was the first and eldest, then came Timothy (1957), Tina (1960), and Alice (1962). Tina and Alice were born in and to this day still have the option of invoking French citizenship, or a dual citizenship if they choose. I was born in . And my younger brother Tim was born in just before my dad was stationed in France in that we got the short end of the stick! 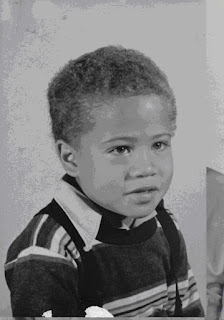 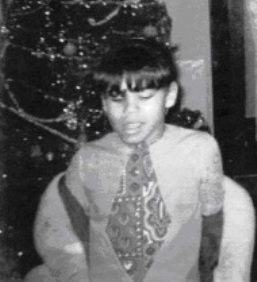 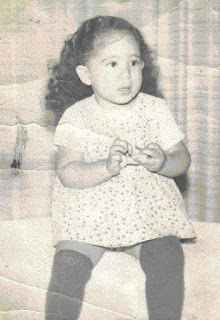 (Alice 1965)
I had never really been in a fight until I came back stateside and I was somewhat at a loss when it came to communicating in English being that French had become my basic language and culture. I really felt out of place and a little dense even though I was academically advanced by the standards of the American school system I was still a little Frenchie and not adjusting to the American way of life as rapidly as was required by my teachers and peers. 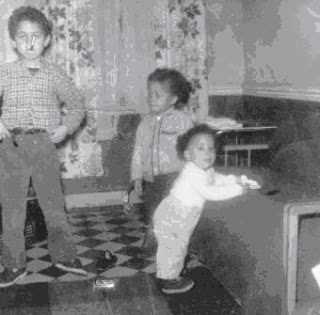 I recall my first bloody nose! it happened while stationed stateside in Rantoul . A boy was over in the field across from my house at the mud hole pond where I usually played alone and was standing on a little makeshift bridge I put together a few days previously. I went over to say hello and I was in the process of telling him how I made the bridge when he socked me right square in the nose! It really hurt something awful and the blood just kept coming and drenched my shirt! He just walked away in his beetle type boots combing his hair like Elvis and I scampered across the street trying to look like I had a big fight and it didn’t bother me! I felt like I had to at least act strong and courageous and hold my shoulders up or people might think I was weak and timid! This happened in about August of 1963 and would be the starting point of forming my new attitude toward life along with my fall into prejudicial views based on the fault finding characters of others in my surroundings. In other words I would come to learn backwardly that violence created respect by fear and intimidation.

I became more aware of the jealousies peers exhibited over things as minute as the belongings of others. Even if I shared my things with them in most cases that wasn’t enough! I was seeing the American way through the eyes of a socially displaced child. Even though my parents should have seen they did not because here unlike  there was very little time left to notice these things especially by my young parents. Besides, they had three other small children to deal with. I was the oldest and it seemed I was going to get into things and just have to deal with them on my own the best way I could. Now by comparison , was heaven compared to . I was going on 9 years of age, in the 3rd grade and on my way to a new set of circumstances in a culture on the verge of racial explosions.

Hello, Elementary in . Now had come the time that would prove me to be a “punk” or a “man” in the day of racially militant attitudes, Yeah me, a little mixed hi yellow almost white but not quite person! Highland Ave. Elementary and our house at was dead center of one of the largest all Black communities of the 1960’s! My nickname was white boy! 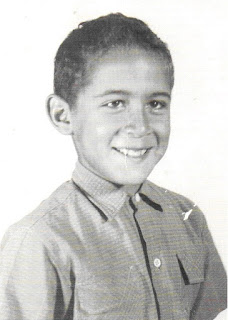