Yeah, my uncle was one of a kind. He came to live with us for a while after his return from in 1967. I was going on 12 years old and already interested in music and all the entertainers, but uncle helped bring it all to life for me. He was working at a steel plant here in , called Buckeye Steel Castings. He used to come in very dirty covered in iron ore, make his way to the bath, and come out transformed into a guy that looked like he was about to grab a mic, get on stage, and blow you away! 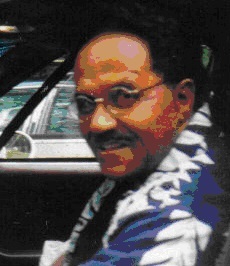 It was the day of the Motown craze, and the groups that were really hot were the Temptations, Smoky Robinson, the Supremes, and Aretha Franklin. Dennis Walker (from school) had become my best friend and was also infatuated with my uncle . Guy Monroe was now leaning away from sports and bullying and was fast becoming a party guy too. In fact he would shortly become one of my background singers and go on to become a darn good drummer!

My uncle had a few friends that he worked and grew up with that had formed a singing group. They were top of the world to me, they had these songs and harmonies that would make you want to get up and dance. One day my uncle was practicing with his group of guys and he asked me to bring my guitar into the front room and set it up. He then showed me a little riff to play that fit into what they were doing! Wow, I was one of the big boys now and playing guitar for this group of dancing singers! I just knew this was it! I was on top of the world! My friends would come by on Friday nights just to hear them practice and yep, I was playing the guitar as backup and hamming it up like nobody’s business!

Dennis Walkers mom made sure Dennis made popularity by letting him throw parties at least 3 a year! All the kids from school that made his scene seemed to be the most popular girls and guys from Highland Ave. Elementary. Dennis too, but of course (it was his party), Guy, Michael Garlington, Jerry Neil, and Mac Harris all ended up forming a group with me. I was asked by my sixth grade Teacher Mrs. Dean to put together a going away show for her. She was the first school teacher who ever showed any real interest in me and she made sure I knew that she believed in me! She let me know that this would be her last year at in our 6th grade class and she wanted us all to move on to be big 7th grader's having something to remember.

Guy, Jerry, Michael, and I formed the singing group. We then enlisted the aid of Austin Wailey, and a guy named Larry Daniels to play guitars with Mac Harris playing the drums. Up until now all the little shows at highland had been performed with groups singing over top of records and acting out the songs. This was the first all live performance to be held at performed by it's students. Best of all the gym/auditorium was newly built and finished just in time!. 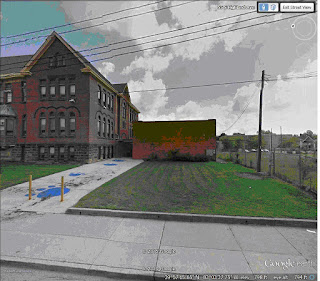 The gym was full at show-time! Our first show was done for the 1st through 3rd grade students. The curtains were closed as Austin, Larry and Mac began the live sound, you could hear the restlessness of the audience outside! The curtains opened to reveal a group of 4 singers and the 3 piece band wailing out the groove as the group went through a carefully rehearsed dance routine. I was out front with the mic and my guys stayed in the groove dressed in blue boating shirts and dark trousers topped off by those little slim line sunglasses that looked something like futuristic robot lenses.

The song was “WILD THING’! And we did it in a way that made it bounce with a bottom end that made the kids stand up and groove right along with our movements. When the curtains opened up the kids all let out the biggest Whoooooooo, I’ve ever heard! It was as if they were totally caught by surprise that this was real! We also did a song by the Temptations called “I’M LOOSING YOU” and some wild song that was popular called the Boo-Boo song by King Coleman that Michael Garlington led. However, those were done and acted out from the records with the band acting out the music. We performed the same scenario in the afternoon for the 4th through 6th grade classes and the response was equally overwhelming! Mrs. Dean was so enthused she actually cried happy tears. I wish I could find her now, she has actual pictures of the event! Black and white of course, there weren’t too many color cameras around in 1966.

Needless to say we all left Highland Ave. Elementary with a bang that year and the summer was full of Dennis Walker’s party’s. We would inevitably split up to go to two different Jr. High Schools because of zoning issues over one street of difference. Most would go on to Hilltonia and others to Westmoor! I would be going to Westmoor and all of my party friends went to Hilltonia, what a drag. The summer of 1966 was a highlight in my life that led to everything good in music and entertainment I’ve come in contact with to date. However, being shipped to Westmoor in the fall would prove to be yet another turning point I wasn’t prepared to handle. Now entering the picture comes a different uncle, “uncle Charlie” straight out of prison!